BRIGAID organizes an event for end users in the Netherlands 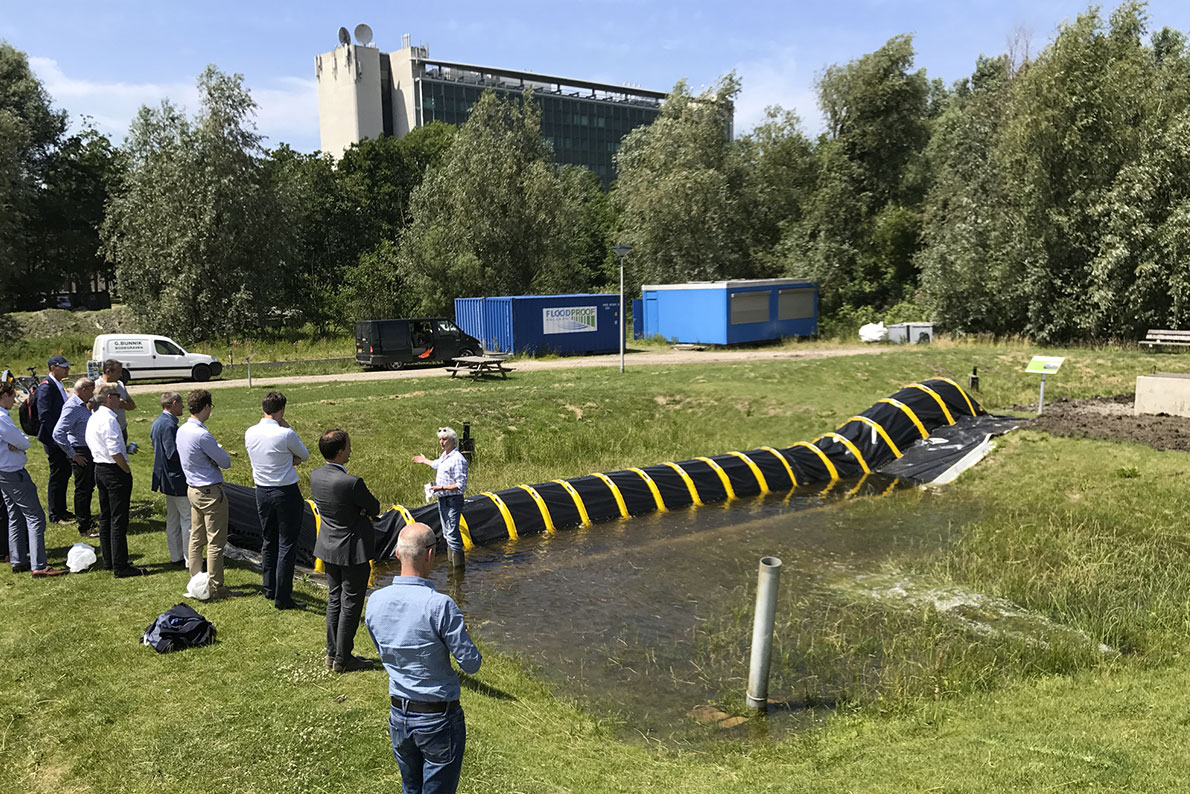 Who attended the event and why:
Potential end users from the Netherlands, Bas Jonkman, as BRIGAID’s consortium leader, Marco Hartman, as business Coordinator for BRIGAID, Vincent Wolfs (KU Leuven) representing the Workpackage on extreme Weather and Robert Alt, representing Tubebarrier (one of the innovators participating in BRIGAID).

The objective was to inform and update end users on the activities and progress of BRIGAID as well as to inform them on the innovations that BRIGAID promotes. The event is a first step towards BRIGAID´s Community of Innovation in the Netherlands.

On the 15th of June 2017, BRIGAID organised an event for end users in the Netherlands.

Participants from public authorities (including representatives from municipalities and ministry of Water and Environment) met at Delft University of Technology. Marco Hartman presented an overview of BRIGAID, Vincent Wolfs presented the concept of the Hydroactive smart roof and how the city of Antwerp is involved in testing this innovation in a Living Lab. Robert Alt presented the Tubebarrier and explained why they want to be involved with BRIGAID. Finally, Bas Jonkman stressed the importance that end user and innovators should meet each other and work together within BRIGAID.

After the meeting, a visit was made to Flood Proof Holland, a testing site at the University. At the polder, the participants witnessed how the Tubebarrier is tested in conditions similar to real flooding.