BRIGAID at the workshop in Albania: Financial Projects, Programs of the EU and Industrial Property. 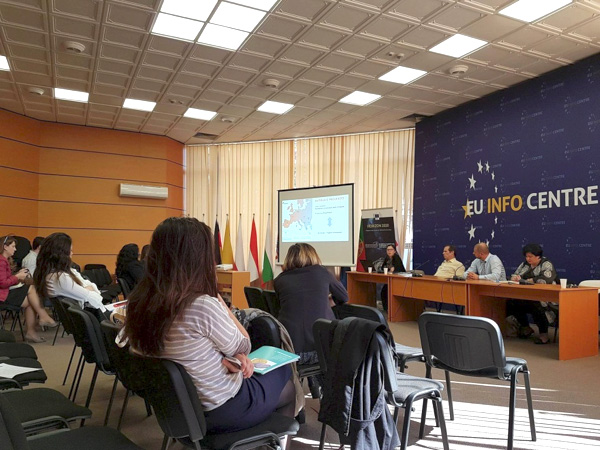 Where and when:
On 12 October 2017, at the European Union Information Center at the Palace of Congresses, Tirana, Albania.

The workshop was organized by the National Agency of Research and Innovation in Albania. The workshop titled “Financial Projects, Programs of the European Union and Industrial Property”, took place on 12 October 2017, at the European Information Center, at the Palace of Congresses in Tirana.

Mrs. Lalaj presented the BRIGAID project and drew the participant’s attention through the promotional materials made available to them such as leaflets, folders, posters, etc. The BRIGAID Project sounded interesting and attractive to the participants, in terms of a real project being developed under the [HORIZON2020] program. In the course of presentation, Mrs. Lalaj explained the project, its vision, the innovations that are currently being tested and those products and innovations being considered by the project and thereafter supported by the project to reach the market.