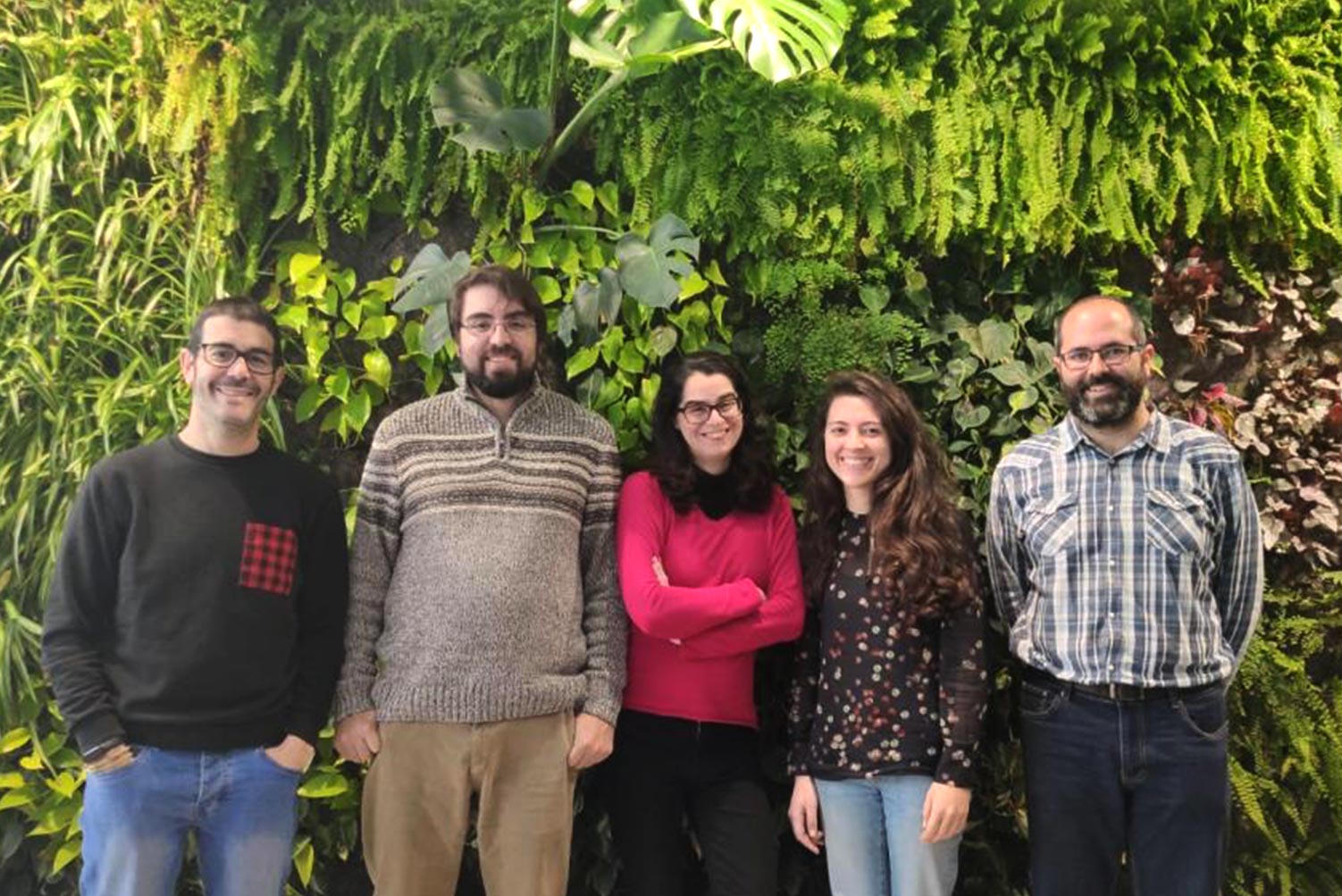 From your point of view, how has BRIGAID contributed to the development of your innovation/company? Which specific support provided by BRIGAID was most useful to you?

The financial support provided by the project has been one of the most useful tools for LeafSkin as it has helped to develop three key points:

In the development of those points, the TRL tool has been very useful in; focusing the planning of the process and methodology, improving laboratory tests, and evaluating the state of the technological readiness of the innovation.

The first test was designed to check the suitability of selected species that we were not sure could work in our system. Specifically, we looked for species that can blossom, to add more variety of colour to the LeafSkin gardens.

The test was done with two kind of growing mediums, geotextile and stone wool panels. The results were very positive, particularly for species with attractive flowers, such as begonias or petunias.

The second test was checking the water retention for each one of the growing mediums. The results were quite negative for geotextiles, which tend to be very sensitive to water shortage, so we decided to implement the system only on stone wool panels. This test was also useful to know what species can react better to a lack of water.

The third test was the active cooling and pollution absorption test, and it was concluded that the system is able to capture an important quantity of NO2, and between 20 to 30% of the PM10 and PM2.5 particles that flow through the testing chamber.

The on-going use of the Market Analysis Framework (MAF+) tool has been very positive, and we hope to improve the market readiness of our innovation. 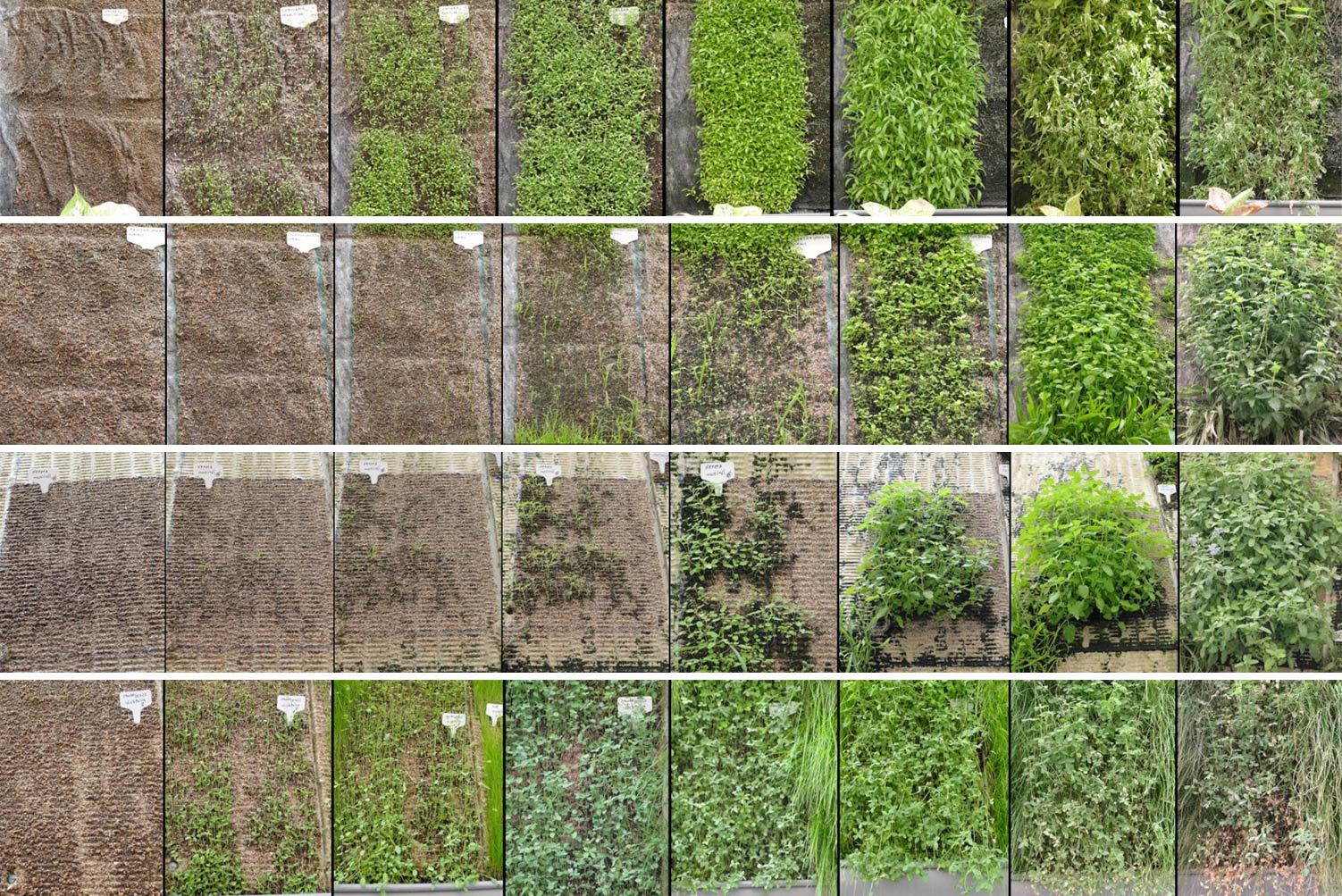 Evolution of one of the new species tested 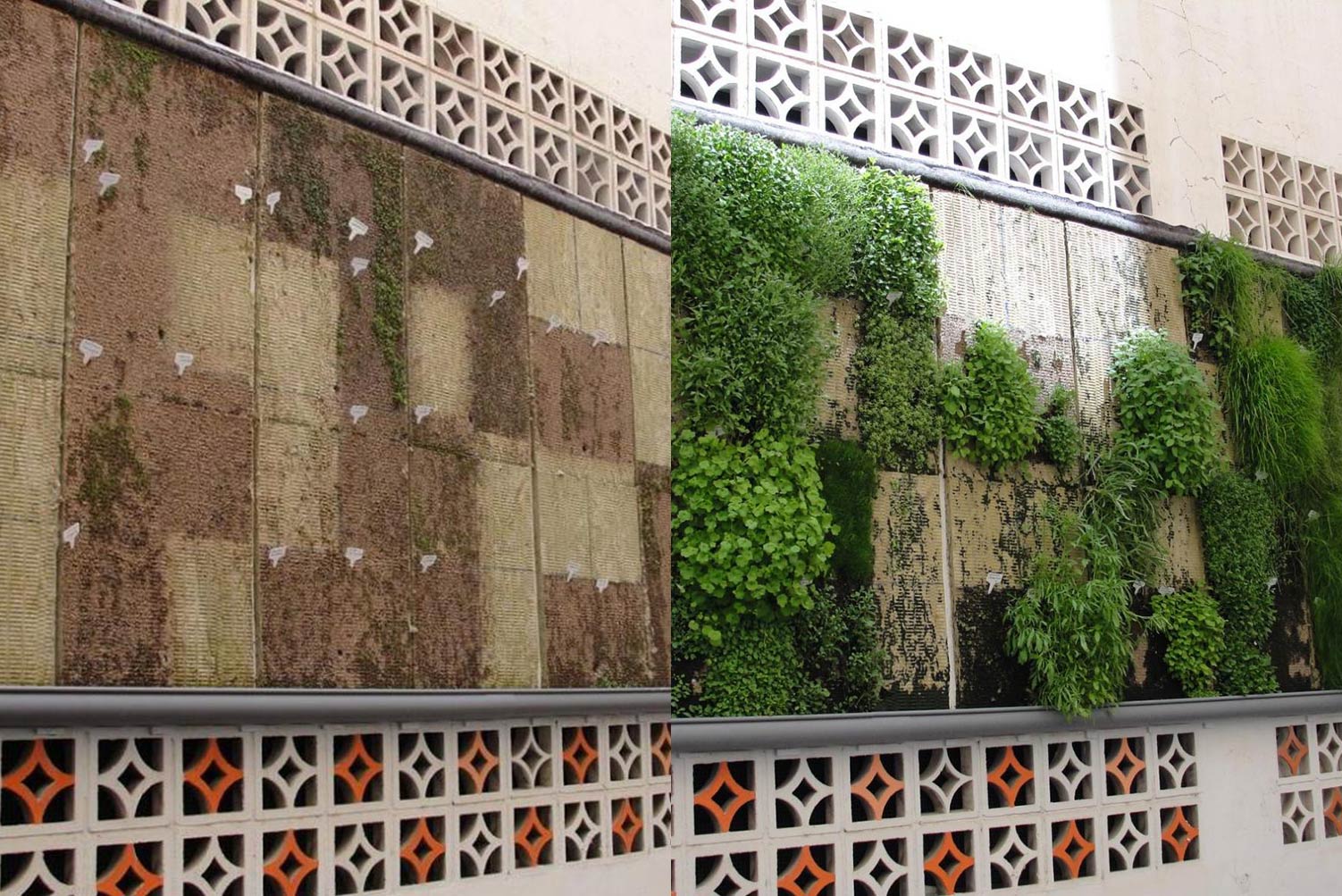 Please let us know about your progress and expectations after receiving support from BRIGAID,

Singular Green have already started the commercialization of the LeafSkin system and we expect to increase the number of vertical gardens implemented with this system. (see attached images of real implementations of the system). 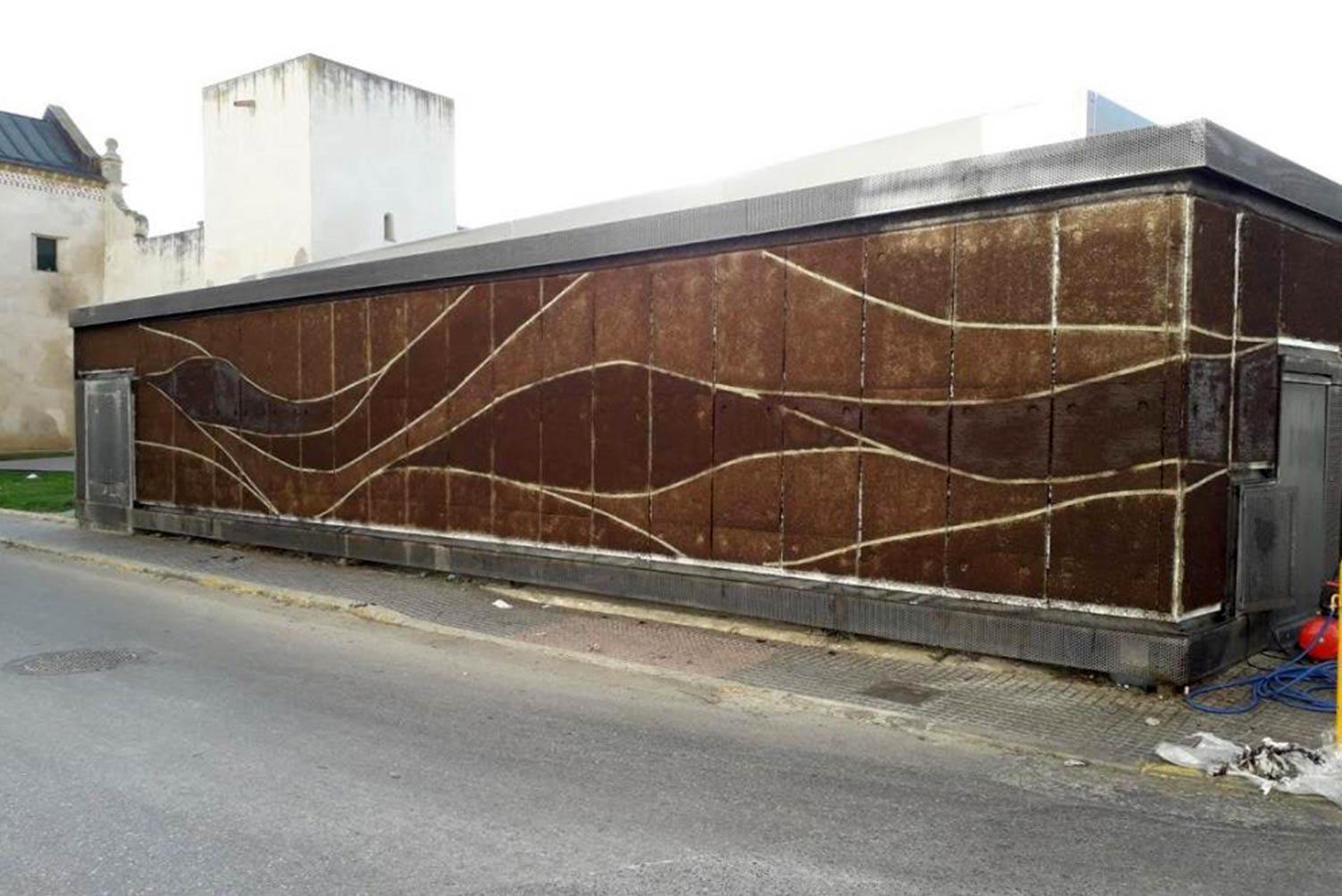 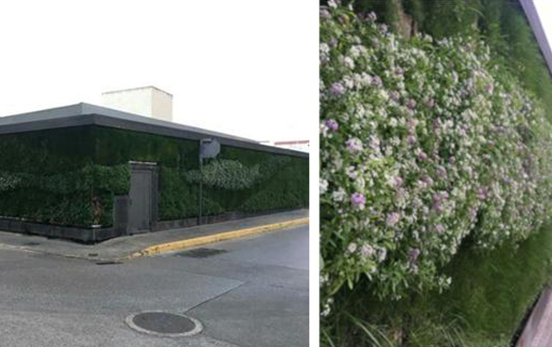 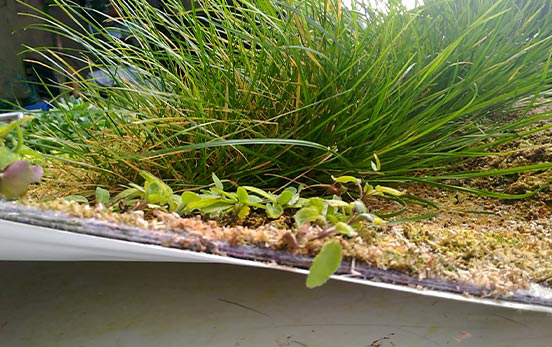 LeafSkin is low cost, ultralight and ultrathin solution, of easier and faster installation than other commercial solutions.
